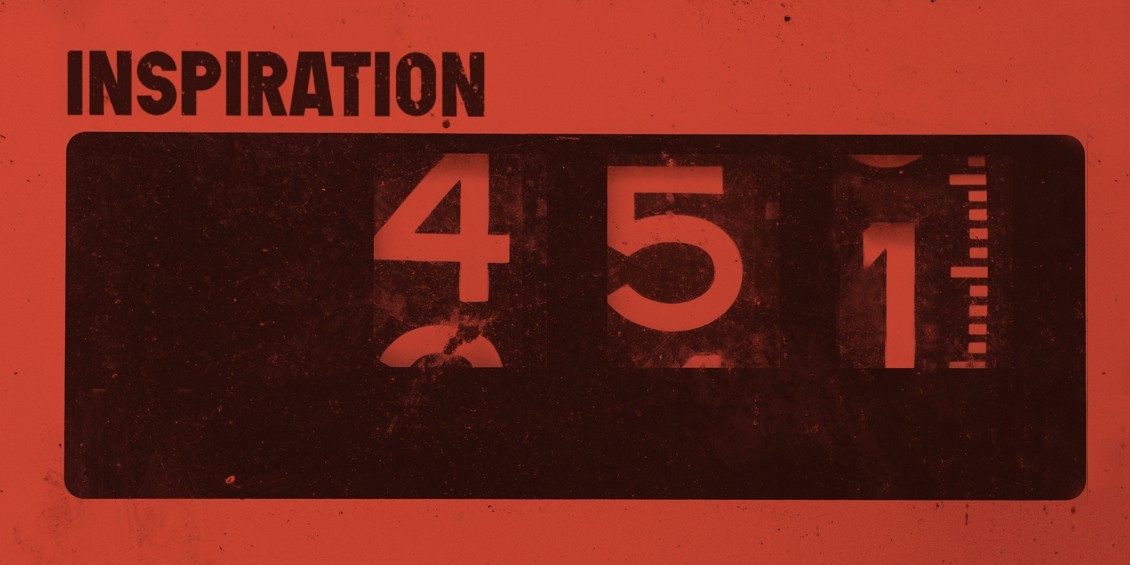 Inspiration: how to fuel your fire

As a designer and creative director, there are times when creative ideas easily flow with abundance and others where the inspiration valve seems completely blocked - shut off from the faucet. What inspires or stifles one’s capacity for creativity? And, what agency do we have in controlling these moments?

Let’s start by asking where inspiration comes from. As a 30-year veteran in the design
branding industry, I’ve been witness to many different approaches in how you either motivate yourself or others to creatively explore ideas and problem solve. Over the years, I’ve developed an understanding. The hard truth of the answer is… the ownership and responsibility to inspire yourself is entirely on you - period. Not just embracing, but chasing one’s creativity comes from a genuine desire to question everything, to understand, and to use a creative thought process to get to new and brilliant outcomes. One of the wondrous taxonomies that uniquely defines us as humans is our cognitive ability to use our imaginations as a capacitor to create.

With this magical cognitive ability, every person comes equipped with the ability to create, be open-minded, and lead with a positive mindset that stoke their endorphin-rewarding fires of inspiration. I say this, despite many who have developed educational curricula and self-help methodologies that try to ignite or scale this ability for others, but always seem to disappoint. Example: have you ever tried force a child to not just eat but like broccoli? You likely failed in making them self-motivated to seek out broccoli as an after school snack. Let’s face it, no amount of Kraft brand “salad frosting” will persuade the indomitable will of a seven-year-old. Bottom line - you have to want it.

From wander to wonder moments.
Inspiration strikes in unexpected ways and moments. It happens when you apply a curious and open mindset in your daily rituals. Seeing newness is all about having a high capacity sensory alertness to one’s surroundings and daily routines. Years ago, I challenged myself to get out of my established, comfortable, safe, repetitive daily routines. On this new morning, I woke to look for the little epiphanies throughout the day that lived beyond muscle memory. For instance, I started brushing my teeth with my right hand as opposed to my left. It was painstakingly slow. I had to think about every move of the brush before I did it. I wanted to switch back, because it was mindless with my left hand. I was retraining my brain, and it was hard. Could I broaden this practice beyond simple repetitive tasks? What would come from it?

I started by asking myself each day: “what will surprise me today?” I began to look at the world around me in layers of opportunity. For example, I’m a big SciFi geek at heart, and movies such as the original Blade Runner I find to be a visual masterpiece of capturing a technicolor noir beauty within a brutalist dystopian society. One night out with friends, we were taking unremarkable iPhone photos of our beers to send to a friend as a delicious lure to coax them out for the evening. In one image, I saw something in the background that sparked inspiration. A simple diffused light reflection that emulated the visual ambiance and beauty of the original Blade Runner movie. This accidental moment of discovery turned into a three hour photo capturing bonanza of everyday objects such as ATM machines, broken neon and reflected lights on buildings. It was a random and divergent moment of creative play that opened my eyes up to seeing my environment differently without an intended outcome. While I was taking those images, I didn’t calculate or judge, I just followed the divergent flow of the moment. Here are some of those images: 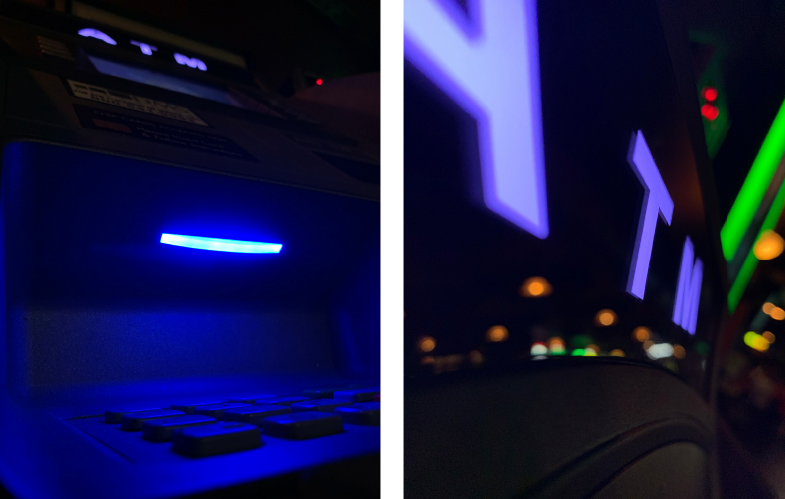 What made this creative moment possible? I was removed from any calculations. This is much the same as when young children (the most creative creatures on the planet) lay in the grass and look up at the clouds and see images within them. Or when they engage in improvisational fantasy, role-play with one another — an early way we as humans communicate and learn social skills.

When things don’t spark
What’s happening when we are not inspired? You’ve heard of writer’s block. The empty screen stares at you, pressuring you to produce, leading to stress and mental exhaustion.There is no cure for this other than stepping away from that moment, for a moment. Get up, get out and reach for an escape through play. It feels like the counter-productive or irresponsible thing to do, but I assure you that if you embrace it, it can recharge you much like a power-nap can when you are tired. Give it a try!

Play in practical applications
We know Albert Einstein as both a brilliant and imaginative human. He’s less known as an introvert, and by being one he asked himself a lot of questions when he was alone and allowed his mind to wander. His best thoughts and accomplishments were not done in the regimental moments of work-time, but rather during downtime, playtime. Epiphanies didn’t come to him while performing his duties as patent clerk. Rather, they came to him as he curiously observed and interacted with the world around him, living his life outside of that confined, rigid environment. Imagine if in 1905, while living in Bern, Switzerland, he hadn’t ridden the train in which he witnessed himself accelerating away from the town clock tower? Imagine if he was distracted by (or addicted to) his smartphone in hand as we all are today? In either outcome, at least for Einstein in that moment, there would be no theory of space/time relativity. We all have to work hard to step away from the technological, dopamine reward devices that now distract us from being present. What might we be missing?

Einstein was able to channel his insatiable curiosity to understand the working dynamics of the world around him by being present in the moment to the “unexpected” questions that come up from observing his surroundings as he moved through his daily routines in life. Curiosity driven by purpose is the key to finding one’s source of inspiration. As Einstein might put it: C>P=INSP!

From my own humble learnings, I offer up these thoughts on how to maintain your sense of curiosity and inspiration:

How I learned to juggle oranges